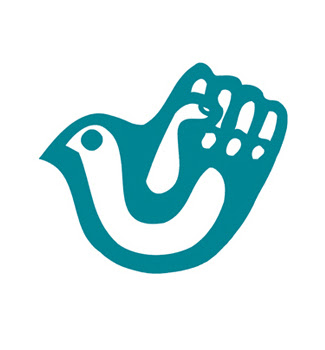 President Trump has submitted a 2020 budget targeting $750 billion, a staggering 69% of the budget Congress votes on, to wage even more wars and profit the Military Industrial Complex. He pays for it by stealing funds from Social Security, Medicare, Medicaid and gutting public services like food stamps, clean air and water, education and much more. Join with the Peace Council to build massive opposition to defeat and reverse this cruel and devastating budget.

On March 11, President Trump submitted his $750 billion FY 2020 military budget to the Congress. According to the Wall Street Journal, his proposed military budget includes “adding $33 billion to fund efforts against China and Russia … North Korea and Iran,” and expand the so-called US war on terror “in Iraq, Syria, Afghanistan and other nations.” According to the Journal, the Pentagon’s proposed 2020 budget, which shows “a 5% increase” over the 2019 budget, “includes $165 billion for overseas military operations.”[1]The $750 billion number, however, is absolutely misleading. This number does not include other war and military-related expenses that are listed under other government agencies’ budgets. The actual FY2020 military budget includes the following items: $576 billion baseline budget for the Department of Defense; an additional $174 billion for the Pentagon’s Overseas Contingency Operations (OCO), i.e., the war budget; $93.1 billion for the Department of Veterans Affairs; $51.7 billion for Homeland Security; $42.8 billion for State Department; an additional $26.1 billion for State Department’s Overseas Contingency Operations (regime change slush fund); $16.5 billion for the Department of Energy’s National Nuclear Security Administration (nuclear weapons budget); $21 billion for NASA (militarizing outer space?); plus $267.4 billion for all other government agencies, including funding for FBI and Cybersecurity in the Department of Justice. The FY2020 Discretionary Budget also includes $8.6 billion in funding for the southern border wall, split between increased funding for the Department of Homeland Security and funding for military construction.[2]In fact, the proposed FY2020 military and war budget makes up $989 billion of the Federal Government’s $1,426 billion Discretionary Budget.[3] This represents a staggering 69 percent of the total Federal Discretionary Budget for FY2020![4]Since 2015, the total US military and war budget has jumped from $736.4 billion to $989.0 billion, a $252.6 billion (about 35%) increase in five years! And since 2001, the government has spent $2.4 trillion (more than 10% of United States’ annual GDP) on the so-called “War on Terror!” As a result of these astronomical military expenditures, which have consistently increased in the past several decades, the Federal Government’s total national debt currently stands at $22.028 trillion (105% of the current GDP and more than three times that of 2000); and the amount of interest the government will be paying on this debt is $479 billion for fiscal year 2020 alone.[5]

As mind-boggling as these numbers are, their true destructive impact will not be clear unless we look at the simultaneous cuts in the government’s non-military spending. In Trump’s FY2020 proposed Discretionary Budget, the total funds allocated to the Departments of Education ($64 billion), Health and Human Services ($89.6 billion) and Housing and Urban Development ($37.6 billion) together add up to a mere $191.2 billion, i.e., less than 13 percent of the total Discretionary Budget, less than 20 percent of the total military budget, and less than 40 percent of the interest being paid on the $22 trillion debt accumulated as a result of excessive military expenditure through decades. Trump’s FY2020 budget, while increasing the military budget by $33 billion, openly proposes direct cuts in spending on all social needs — Social Security, Medicaid and Medicare, food stamps, clean air and water, education, and much more. Here are some of biggest proposed budget cuts:[6] 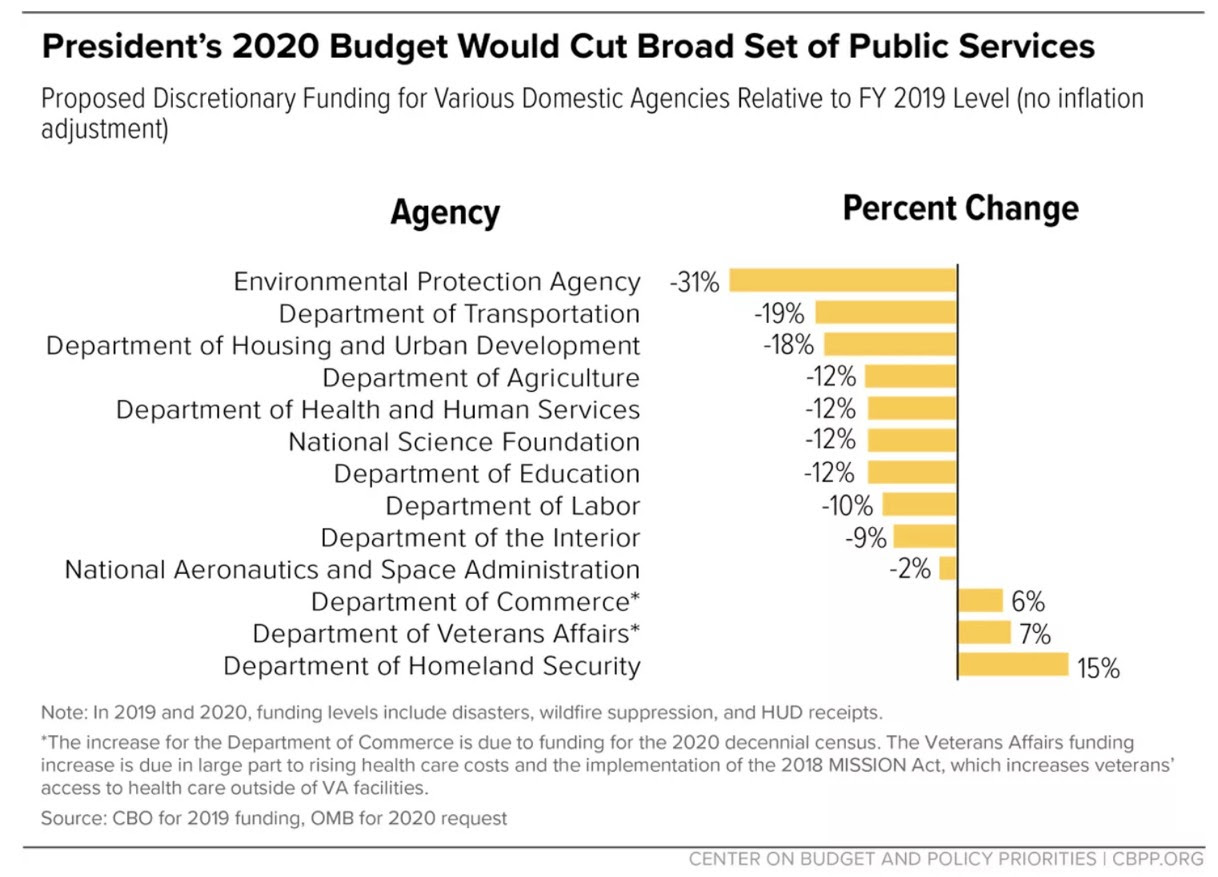 An important feature of the Trump administration’s proposed military budgets has been the consistent reduction in the share of Pentagon’s normal operational budget and a drastic increase in the share of its Overseas Contingency Operations (war) budget. The US is currently involved in at least 14 ongoing wars and the Trump administration is pushing for new ones with Iran and Venezuela, while Cuba, Nicaragua and others are on their waiting list. The increase in the OCO portion of the military budget is also aimed at accelerating the building of a vast arsenal of weapons, including new nuclear weapons, and expanding military bases in foreign countries on nearly every continent as launching pads for new aggressive wars against other countries.

There is no doubt that this huge redirection of social funds toward military and war expenditure is a result of the increasingly belligerent and militaristic US foreign policy, which is being carried out under the guise of the so-called “War on Drugs,” “War on Terror,” and “Humanitarian Intervention” — all covers for the US imperialism’s violent drive to dominate the world.

To stop this belligerent and militaristic foreign policy, which is pushing the whole of humanity toward an irreversible catastrophe, the source of its funding must be urgently cut off. We must stop the runaway United States war budget if we want to safeguard the survival of humanity.

Where is the Congress?
Where are the Presidential Candidates?
Where is the National Debate on the Military Budget and the War Policy?

One would expect that the gravity of the present situation — 14 ongoing wars, allocation of 69 percent of the social resources to war and destruction, drastic cuts is social services, thus causing tremendous suffering for the majority American people, especially the most vulnerable social groups: the aged, poor, low-income working families, communities of color, immigrants, unemployed, etc., etc.) — would bring the issue of the military budget and the war policy to the top of the national agenda in this election cycle. But, ironically, there is almost a total silence about all of this both in the Congress and among the presidential candidates of both establishment parties.

Rather than totally rejecting the obscene funding of this militaristic drive, the “opposition” Democratic Party in Congress is once again compromising on the lives of the people of the United States in exchange for some crumbs thrown at them by the Trump Administration. But we cannot provide for the desperate needs of civil society as long as the treasure of our people is poured into weapons and war.

It is long overdue that the American people raise their voices and take to action against the economic and militaristic crimes that are being committed against them, and the rest of the world, by both ruling parties.

We call on the American public to resist and oppose this military attack on our communities, our livelihoods and our lives. We must act urgently to force the Congress to reject and reverse the Trump Administration’s military budget and the US Government’s militaristic foreign policy. We must act decisively now!

Urgent action is needed to stop this runaway war machine!